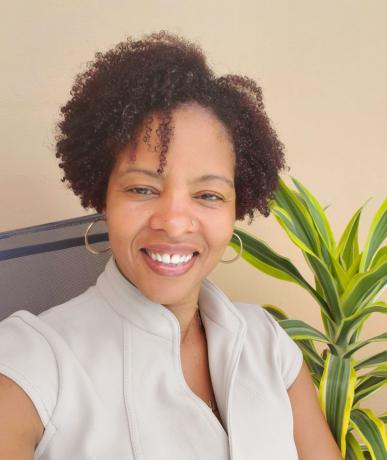 July 31, 2020 | Written by Imani Pope-Johns WASHINGTON – The Ronald W. Walters Leadership and Public Policy Center has selected sociology and criminology Ph.D. student Shannell Thomas for the $10,000 Winslow Sargeant Doctoral Award. This award is the first of its kind made possible by a gift from Winslow Sargeant, Ph.D. a former neighbor of Ronald W. Walters, Ph.D., who wanted to provide financial support to new and continuing doctoral students as they prepare to undertake future research endeavors.

Thomas impressed the selection committee with her doctoral dissertation which focuses on the disenfranchisement of African Americans, and those stripped of their voting rights due, in large part, to the criminal justice system. "The selection committee was very impressed with Shannell's strong research background, both courses taken and practical experience,” says Elsie L. Scott, Ph.D., director of the Ronald W. Walters Leadership and Public Policy Center. “I am delighted that her dissertation study on voter disenfranchisement of convicted felons aligns with Dr. Ronald Walters' interest in voter rights and voter suppression. In addition, her study is timely and related to research that the Ronald W. Walters Center conducts during every national election cycle. We look forward to having her join the Walters Center team." “By working on research projects, engaging in community service, and participating in public policy discussions at the Ronald W. Walters Leadership and Public Policy Center, I expect to acquire skills and knowledge that will help me to achieve my ultimate career goal: serving as a role model and advisor for students and community members who are interested in ensuring that African Americans are better represented in our "representative" democracy,” says Thomas.

During Summer 2019, she received the prestigious Hanes Walton, Jr. Award for Quantitative Methods Training by the National Conference of Black Political Scientists to attend the 8-week Statistics Institute at The Inter-university Consortium for Political and Social Research (ICPSR) at the University of Michigan. She also plans to use this award to further advance her sociological and criminological training and pursue research and advocacy agendas. She would be completing her fourth degree at Howard; adding to what includes a Master of Arts from New York University, a Master of Education from University of South Florida, and a Bachelor of Arts in psychology from University of South Florida. Thomas hopes to serve as an ambassador of Ronald W. Walter’s legacy by “encouraging the black community to recognize and assert the dynamism of its individual and collective political voices.” Her current work focuses on black political power, and black political movements that arise in response to America's criminal justice system. “In the future, I hope that my dissertation research will prove useful to those criminologists, sociologists and politicians who are interested in ensuring that America’s promises of liberty and equality remain at the forefront of political discourse,” says Thomas. “With the support of this generous award from Dr. Sargeant, I will have the opportunity to be guided and mentored by political powerhouses like Dr. Elsie Scott as I expand my knowledge of black socio-politics and my network of like-minded scholars.” # # # About the Ronald W. Walters Leadership and Public Policy Center The Ronald W. Walters Leadership and Public Policy Center was established by Howard University to serve as a focal point for research, education and service-related public policy and leadership projects and activities related to the engagement of African Americans in the U.S. political process and in U.S. national and foreign policy.

The Center is an interdisciplinary center that is preserving the legacy of Dr. Ronald Walters, a scholar-activist who conducted research, served as a mentor to students and political leaders, provided strategic direction and thinking in the political and civic arenas and was a prolific writer and political commentator. For more information on the programs of the Ronald Walters Center, visit https://walterscenter.howard.edu/ About the Winslow Sargeant. Doctoral Award The Winslow Sargeant Doctoral Award is first of its kind and made possible by a gift from Winslow Sargeant, Ph.D., a former neighbor of the late Ronald Walters, Ph.D., who wanted to provide financial support to new and continuing doctoral students as they prepare to undertake future research endeavors. Winslow Sargeant, Ph.D., was an electrical engineer who served in the Obama Administration, and is presently the senior advisor for globalization and head of capital markets for Genaesis. About Howard University Founded in 1867, Howard University is a private, research university that is comprised of 13 schools and colleges. Students pursue studies in more than 120 areas leading to undergraduate, graduate and professional degrees. The University operates with a commitment to Excellence in Truth and Service and has produced one Schwarzman Scholar, three Marshall Scholars, four Rhodes Scholars, 11 Truman Scholars, 25 Pickering Fellows and more than 165 Fulbright recipients. Howard also produces more on-campus African-American Ph.D. recipients than any other university in the United States.