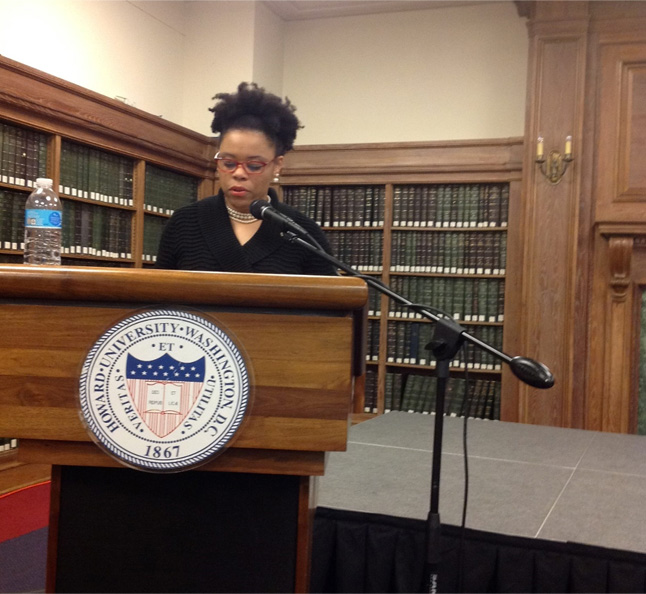 The Visiting Scholars Program brings established and junior scholars from other universities to Howard University or will facilitate the assignment of Howard University professors to the Center to conduct research related to the mission of the Ronald Walters Center. Persons interested in serving as a Visiting Researchers should be graduate-level students who want to spend time at the Center to work on their dissertations or on research related to the mission of the Center. The researchers can be Howard University students or they can be enrolled at another accredited university. The length of the visits ranges from one semester to an academic year.

In 2016, Dr. Pearl K. Ford Dowe, an associate professor of Political Science at the University of Arkansas at the time, served as the first Visiting Scholar. During her tenure at the center, she conducted research on the political behavior of African American Women. Dr. Dowe, who received received her Ph.D. in political science from Howard University in 2003, is the co-author of Remaking the Democratic Party: Lyndon B. Johnson as Native-Son Presidential Candidate  (2016) and the editor of African Americans in Georgia: A Reflection of Politics and Policy Reflection in the New South (2010).

HCUSA and WCUSA are initiatives designed to address two important national challenges: reversing the trend of fewer African American male students attending and graduating from college while the numbers being incarcerated are on the rise, and increasing the number of African American male classroom teachers. The students recruited to participate in the programs are “at-risk Black males”. The Walters Center was selected to be the outside evaluator. The evaluation is focused on determining the strengths and weaknesses of the programs and assessing the continued viability and success of the Centers. The findings of the evaluations are being used by the Centers to make changes that will improve their effectiveness and success. 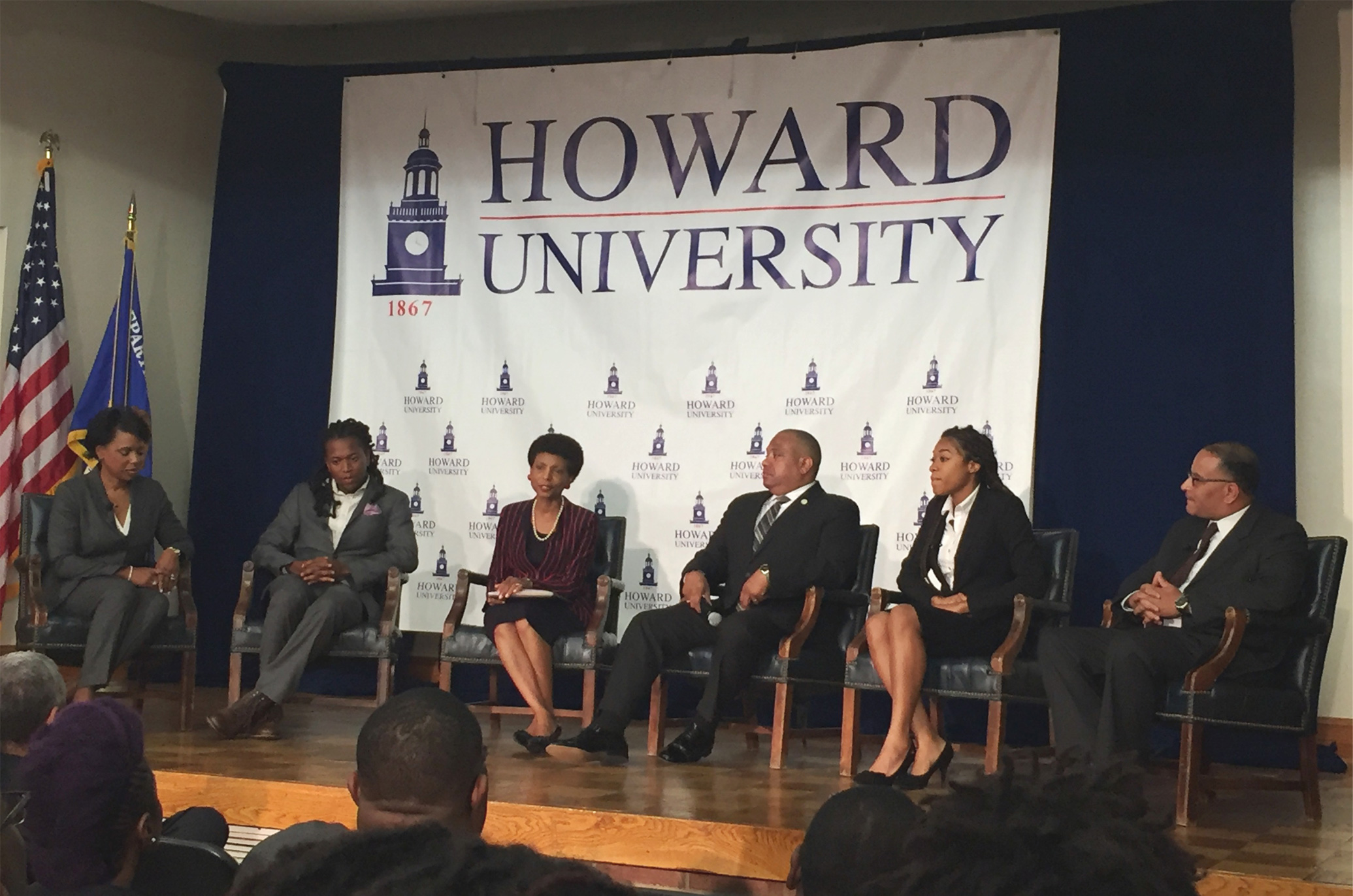 In March 2019, the Ronald W. Walters Leadership and Public Policy Center launched the Inaugural Edgar Kemler Lecture. The annual lecture brings a speaker who is a prominent person to Howard's campus to speak on a topic related to Public Policy, Politics, Government or Political Science. The 2019 speaker was U.S. Representative Jahana Hayes, the first African-American woman and African-American Democrat to represent Connecticut in Congress. Prior to serving in Congress, she was a schoolteacher who won the 2016 National Teacher of the Year award.

The lecture is made possible by a gift from Jamie and Paula Kemler in honor of Jamie’s father, Edgar Kemler. Edgar Kemler was an Instructor of Government at Howard University from 1957 until his death in 1960. Prior to joining the faculty at Howard, Mr. Kemler had taught Political Science at Harvard University, where he earned a master’s degree in Public Administration in 1941. Mr. Kemler, an author, who wrote a biography of H.L. Mencken entitled The Irreverent Mr. Mencken and The Deflation of American Ideals, was a Washington correspondent for The Nation magazine from 1954 to 1956.

Because the pandemic forced the university to switch to a virtual operation, the lecture planned with Newark Mayor Raz Baraka had to be cancelled. Instead of a lecture, the Kemler funds were used to sponsor an intern for the 2020-2021 academic year. The intern, a graduating senior, participated in research on issues related to voting and elections and labor priorities in the U.S. Congress. She also participated in a virtual student panel at the National Conference of Black Political Scientists.

Visiting Fellows are former elected or appointed officials who share their expertise with the Center through research or publications or by managing a leadership program. Fellows are expected to prepare a research product or manage a leadership program during their tenure, which can range from a summer to a school year. Visiting fellows offer guest lectures and participate in Center-sponsored activities. Past fellows have included former Congressmen Ronald V. Dellums (CA) and Kendrick B. Meek (FL).

The Walters Center engages in research projects that are grant funded, supported by the University, or conducted in collaboration with nonprofit or other organizations. The largest grant-funded research project conducted by the Walters Center through a cooperative agreement with the U.S. Department of Justice, Community Oriented Policing Services Office (COPS). The project was designed to support the implementation of recommendations from President Barack Obama’s Task Force on 21st Century Policing.

Under a grant, awarded by the Southern University System Foundation, the Walters Center held a conference on black male achievement and the school-to-prison pipeline with Black male achievement scholars and other academicians, program specialists and state legislators. The focus was on creating a policy and legislative agenda to address the school-to-prison pipeline. A report of the proceedings was published by the Center.

The grant also provided funding for a review of state legislation designed to address issues related to the school-to-prison pipeline. The literature showed a pattern of increasing suspensions and expulsions after the adoption of less discretionary policies and legislation by school districts and state legislations beginning in 1970s. The research showed that mass incarceration and its negative impact on state budgets could be persuading legislators to rethink zero tolerance legislation and other legislation that could increase the population of correctional facilities. A copy of the reports produced by the Center on Stopping the Prison Pipeline may be accessed at: 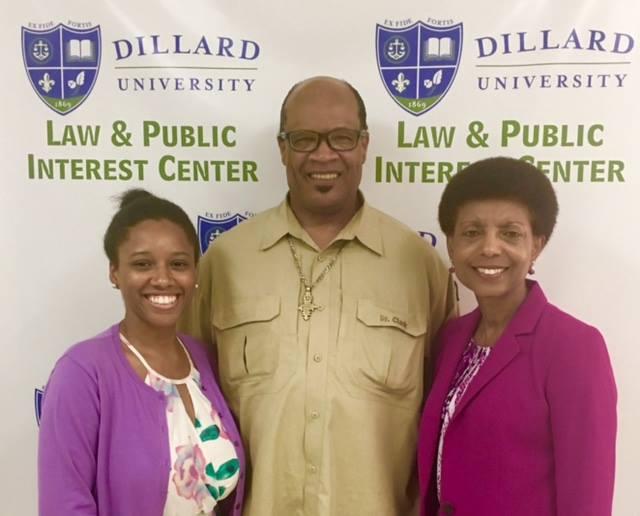 Much of the research that the Walters Center has conducted on voting and civic engagement has been in partnership with the National Coalition on Black Civic Participation (NCBCP). During off-year and Presidential election years, the Walters Center joins NCBCP in hosting the Ronald Walters Command Center (RWCC) on the campus of Howard University. The RWCC tracks voter suppression issues and problems at the polls and monitors Black voter turnout and voting patterns with the assistance of on-the-ground teams. Data are collected on races involving Black candidates and ballot initiatives resonating with the Black community.